One of the most popular knockout cup competition in English Football is the FA Cup.  The FA Cup was first held in 1871-72 which makes it the  oldest association football competition in the world. 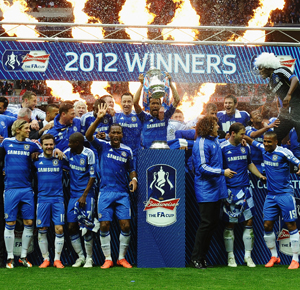 FA CUP is open to clubs of all standards, from Premier League to amateur village teams.

The beauty of the FA CUP is that even the lower division teams can sometimes beat “Giants”.

By defeating Liverpool 2-1 in the 2012 final, Chealsea are the current holders of the FA CUP.